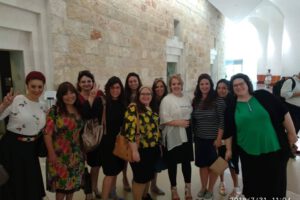 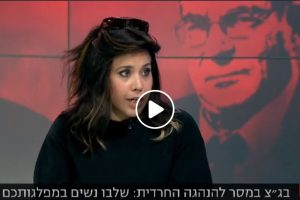 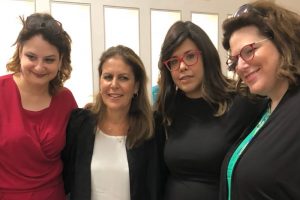 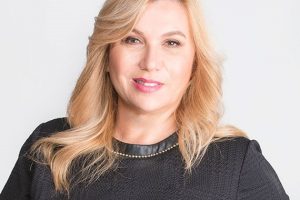 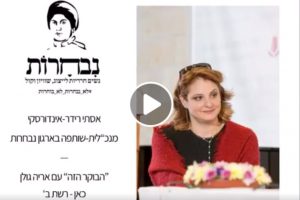 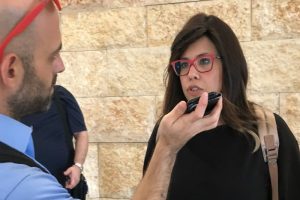 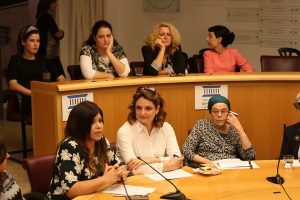 MODIIN, Israel — They are ultra-Orthodox feminists and liken their group to the suffragist movement.

Esty Shushan and Estee Rieder-Indursky have been fighting for the past five years for women’s rights within their strictly conservative ultra-Orthodox, or Haredi, community.

Now they are trying to draw worldwide attention.

“As Haredi women, we face many battles. It took me awhile to realize that fighting those battles starts up there,” said Shushan, sporting a stylish sheitel, Yiddish for the wig that married ultra-Orthodox women wear to cover their hair as a sign of modesty.

By “up there” she does not mean God, Rieder-Indursky explained, but rather the ultra-Orthodox decision-makers and leaders who do not allow women in the political sphere.

The two women lead a nonprofit organization called Nivcharot, or “the elected women.” Their goal is to pressure the Haredi leadership to give women a voice.

The fight sometimes gets ugly, they say.

During the last election, they lobbied against ultra-Orthodox parties, decrying their refusal to allow women to have a role. They handed out provocative fliers, asking women to refrain from voting until they were represented, and they clandestinely pasted posters on billboards in the most religious neighborhoods.

In one of the posters, they criticized women for asking for political representation, realizing that by attacking their own message they would raise curiosity and the posters probably would not be torn down.

More recently, they petitioned Israel’s Supreme Court, arguing a party that discriminates against women should not be afforded legitimacy in the political system.

The parties are run along strict lines set by their spiritual leaders, and their positions on many issues are dictated by the Torah. The Haredi electorate votes for one of the two parties according to instructions from religious leaders, who have made clear that women should not be involved in politics.

Before the creation of Israel, ultra-Orthodox women stayed home and raised children while the men worked.

In recent years, however, as the community has struggled with poverty and many men spend their days studying the Torah, women have been allowed, even encouraged, by spiritual leaders to work outside the home.

Nurit Stadler, a professor of sociology and anthropology at the Hebrew University of Jerusalem, said the participation of women in the labor market laid the foundation for the debate about women’s rights in the community.

“There is a problem when women take on a role like that. They change the way they dress, they go out of the house and face an atmosphere of pollution. It’s a provocation,” Stadler said. Women are exposed to new ideas and suddenly start seeing the world in a different light.

That is what happened to Shushan and Rieder-Indursky.

Before becoming political activists, they worked for Haredi newspapers. Shushan was a columnist, and Rieder-Indursky was a political reporter.

“My editor was happy I wanted to write. He said my writing was good but asked me not to use my name because ‘You know, the men will not accept the opinions of a woman,’ ” Shushan said.

Working from home, she had no problem keeping her identity secret and was grateful to be earning an income while still being able to air her views.

For Rieder-Indursky, it was trickier. As a political reporter, she had to interview people, among them former Israeli prime ministers Ariel Sharon and Ehud Olmert.

“Whenever I would get to an interview, people were always shocked to discover that I was actually a woman,” she said. “One surprised foreign diplomat even told me: ‘I expected many things but never did I expect to meet the Haredi Claudia Schiffer.’ ”

For Shushan, the novelty of working without credit or recognition for her ideas wore off quickly. In 2012, she quit the newspaper and turned to the only platform where she felt free to express herself: Facebook.

She set up numerous groups that reached thousands in her community and turned a taboo subject of women in politics into a focal point of the 2015 general election.

Rieder-Indursky reached a similar conclusion soon after: “It took me longer to see, but now all I see is Haredi women’s voices silenced in our community.”

The two Haredi parties did not respond to phone calls and text messages seeking comment.

Although Shushan and Rieder-Indursky have succeeded in bringing the issue to the fore, they face immense social pressure to stop. Because they are often labeled troublemakers or crazies, their families also pay a price, they said.

Shushan, a mother of four, was forced to obtain a court order to keep her daughter in an ultra-Orthodox school that viewed her mother’s activities as undesirable.

Rieder-Indursky said her son often returns from his yeshiva begging her to stop.

Israel Cohen, a journalist and commentator for the Haredi website Kikar Shabat, said the women are seen as extreme by the Haredi mainstream.

“There are already Haredi women who are close to the decision-makers. They operate quietly and within the Haredi mainstream without being elected,” he said. “These women are coming and demanding change and in that way, there will be pushback and nothing will change.”

But the women are determined. “In my opinion, this change will happen, the question is just when?” Rieder-Indursky said. “How do I know it will happen? Because it has happened all over the world. It’s just a matter of time.” 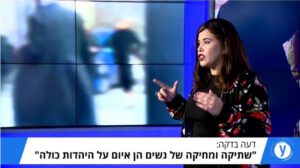